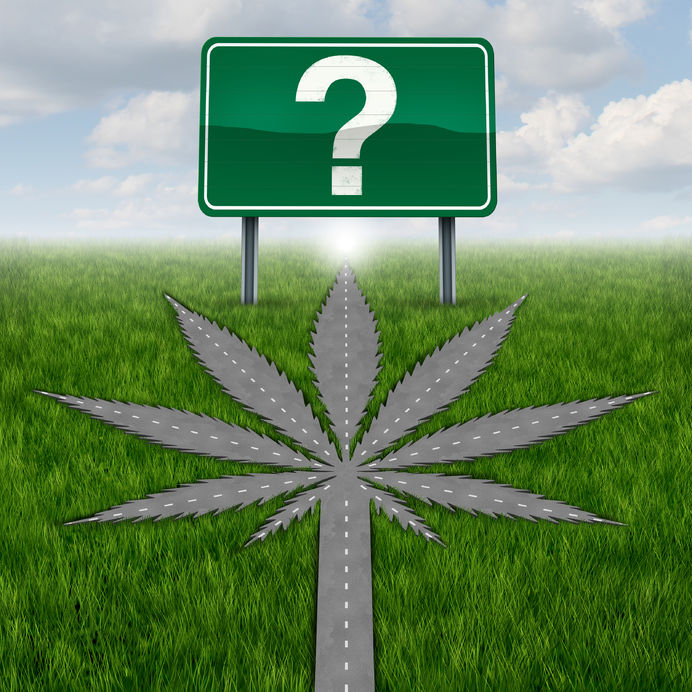 In Texas, if you are pulled over by law enforcement due to some overt cause such as weaving or erratic driving, the officer is going to suspect something is up.  Currently, law enforcement uses field sobriety tests.  The problem is that the equipment law enforcement uses to check for alcohol like a breathalyzer does not work for impairment by other drugs, specifically not for marijuana or THC.  The only real solution at this point is to take the driver to the police station or hospital and draw blood.

Once police have the blood they can send it off to a lab to test if the person has marijuana in their system.  But there are no legal limits in most states including Texas.  Some states have set a standard at the limit of .5 milligrams of THC (the intoxicating substance in marijuana) per milliliter of blood.

The crux is that new research indicates that even a person who may be substantially impaired may not be legally over the limit if they ate the pot in edible form.  Alcohol is almost exclusively consumed via the mouth or drinking.  In the past marijuana was most notoriously ingested via smoking.  While this is still true to a point, there is an ever-increasing variety of other ways people are getting the weed into their system.  Edibles such as brownies and cookies are one of the more common forms but pot infused tinctures, candies, and even sodas are on the rise.

New research indicates that the method of getting the THC into the body can also affect how the body reacts to the THC.  In other words, if the marijuana is smoked it will have a different effect or high on a person rather than if the person ate the marijuana.  So, we have absorption through the stomach rather than the lungs.

Another problem indicated by recent studies is that the amount of delta-9-tetrahydrocannabinol (THC) that is labeled by dispensaries in edibles is either greatly overstated or understated. For the over category, the medicinal cannabis patients the risk overdosing.  For the under category, the patient is essentially getting ripped off.  So how much THC a person has in their body can vary greatly even if the person is trying to use caution.

In another example, when marijuana is smoked the THC can hit the bloodstream in as little as two to ten minutes.  The effects can then last for 3-4 hours.  If a person eats the marijuana the THC levels may not peak until one to six hours later. Then you must factor in the half life.  The half-life of a drug is the amount of time that a measurable amount of the drug in the body decrease by one half.  The half-life of THC is very long.  The reason is because THC is lipid soluble and is stored in the body’s fat cells.  This makes the ideal time for testing THC’s half-life at three to four days later.  But for testing purposes when related to driving while high, the equation becomes much more complicated.  Heavy users of marijuana products may have a half-life that extends to ten to twelve days after use.

An average person that smokes once per week will naturally increase the levels of THC in his or her body over time since the THC is never fully eliminated.  Hence, a person may have higher levels of THC in their blood and not be impaired at all.  As you can see, the headache for lawmakers as to a solution will remain a significant source for contention into the near future.

If you are arrested for either possession of marijuana or “driving while high,” you need and experienced criminal defense attorney to represent you.  The factors above are not an exhaustive list.  Don’t risk your future.