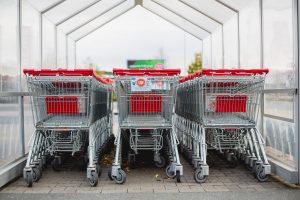 Unfortunately, as a result of the 94.5 billion dollars in losses, Big Box stores do not care which category you fall into. They will oftentimes insist on prosecuting those charged with theft to the fullest extent of the law. In fact, Alabaman woman Lesleigh Nurse received 2.1 million dollars in damages after suing Wal-Mart for false accusations of “skip scanning” theft. Many times, even to their detriment, they will not listen to pleas or explanations when those accused try to pay for the item at the time or confront the retailers about faulty equipment.  Faulty equipment does exist. Genuinely some thought they scanned the item and it did not scan. Superstores aren’t inclined to admit this. Keep in mind that Loss Prevention typically looks for statements and facts to bolster their accusations of theft. They’re most frequently not looking to help or listen to your side. You have a Fifth Amendment right to remain silent. This incident is a good opportunity to exercise it.

Section 31.03 of the Texas Penal Code states, “A person commits an offense if he unlawfully appropriates property with intent to deprive the owner of property.” So, while the retailer may not care if the item simply didn’t get scanned or that it was unintentionally stolen, that fact can be crucial in the defense of theft. Mistakenly taken items can include those you missed or those that simply didn’t scan. This responsibility to prove that one knowingly and intentionally stole the item falls on the prosecution, but a seasoned, capable defense attorney can help speed the process along.

While the Loss Prevention team or retailer may not listen to you if you find yourself in this situation, M. Neufeld Law always stands by as your advocate. Contact our office to discuss your pending theft charge and your options moving forward.