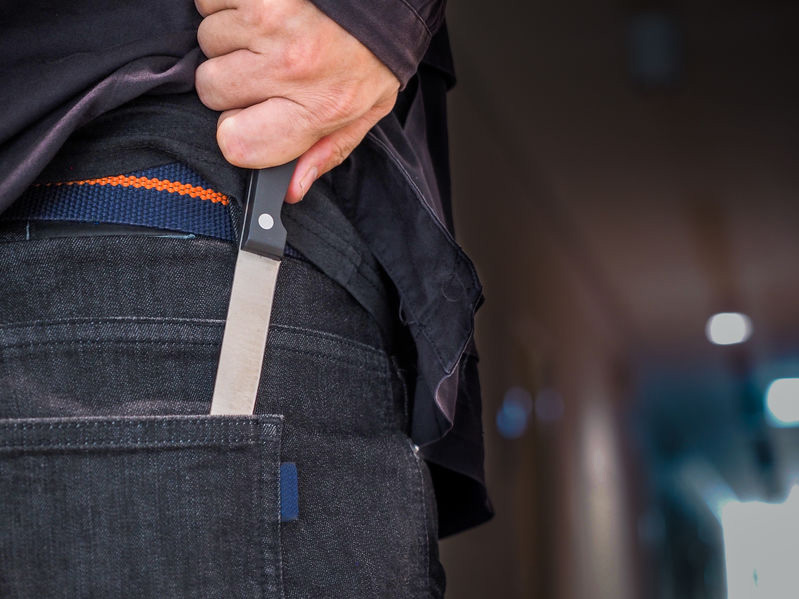 A new case out this week from the Texas Court of Criminal Appeals.

In a murder case the issue was whether the defendant was entitled to a lesser included offense of manslaughter.  Lesser included jury charge issues are always interesting because there are so few appellate issues that can actually gain any traction these days and this happens to be one of them.  The case stems from an argument that started in a nightclub between several people that was broken up and later resumed in the parking lot after the club closed. In the parking lot one of the partied stabbed the other in the chest. The man later died from his injuries. The initial charge was aggravated assault with a deadly weapon which was later enhanced to murder after the man passed away from his injuries.  The case was tried twice after the first case ended in a mistrial.  In the jury charge conference, the defendant requested a lesser included charge of manslaughter and negligent homicide.  The court denied the requests.  The jury convicted the defendant and sentenced her to twenty-five years in the Texas Department of Criminal Justice Institutional Division.  The court of appeals affirmed the conviction by reasoning that the jury could not have found the defendant guilty of only manslaughter.

Lesser included offenses are defined in the Texas Code of Criminal Procedure as:

An offense is a lesser included offense if:

(1) it is established by proof of the same or less than all the facts required to establish the commission of the offense charged;

(2) it differs from the offense charged only in the respect that a less serious injury or risk of injury to the same person, property, or public interest suffices to establish its commission;

(3) it differs from the offense charged only in the respect that a less culpable mental state suffices to establish its commission; or

(4) it consists of an attempt to commit the offense charged or an otherwise included offense.

In Texas the courts use a two-step analysis in order to determine if a defendant is entitled to a lesser included offense.  The first step involves whether or not the offense actually contains the statutory elements to be a lesser included.  In other words, does the offense contain the same or fewer of the same elements.  The second step is to determine if a rational jury could actually find the defendant guilty of only the lesser included offense. That is, is there some evidence that refutes or negates the greater offense and establishes only the lesser included.  In addition, if there is some evidence that is open to more than one interpretation that can refute and element of the greater offense.  It takes only a scintilla of evidence and it does not matter whether the evidence is credible or controverted.

The issue stemmed from could the jury have reasonably looked at the record in a way that the jury could only find the defendant guilty of manslaughter not murder.  Not whether the jury could have found the defendant guilty of murder. In this case, the victim denied stabbing anyone even though witnesses saw her stab the victim.  The defendant played the victim card because she claimed that she herself had been stabbed.  So, did the defendant only act recklessly?  The Court said no.  The Court held that it just was not believable that an instinctual reflex response to being hit on the head is to stab someone in the chest.

The bottom line is that the case left a lot to interpretation by the court that was not made clear in the record.  The appellate courts did not actually hear the testimony to judge the credibility.  Only the jury did.  Why is this important?  Because if you are in this situation and you make a bad choice choosing your lawyer, you could be in the same situation.  Experienced criminal defense trial attorneys know how to properly preserve the record. Don’t settle for anything less than an experienced criminal defense attorney.  If you have been charged with a crime, call M. Neufeld Law today.