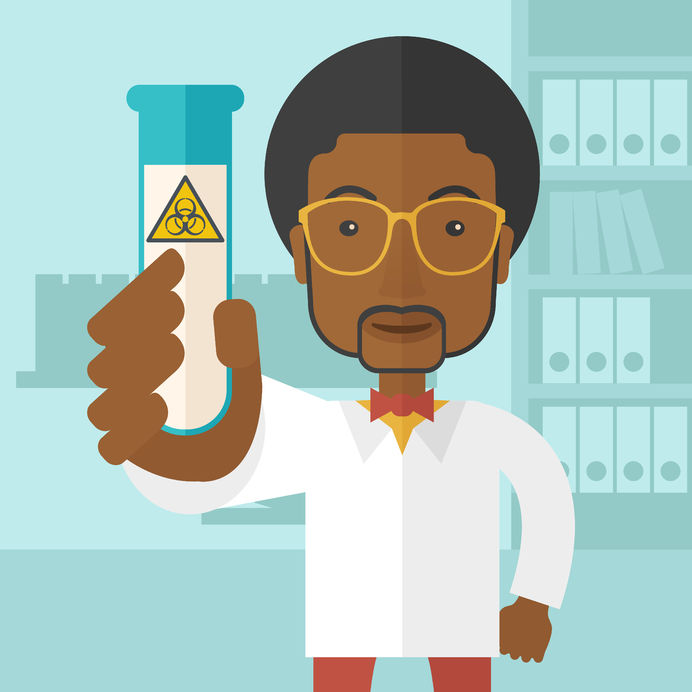 Maybe not.  A Texas Department of Public Safety’s crime lab scientist is under fire for conflicting statements he made in a misdemeanor DWI trial this month.  In May of 2013 the DPS crime lab switched two samples and delivered the wrong results to the police.  The error resulted in a woman who had not been drinking being charged with driving with twice the Texas DWI legal limit for alcohol.  When the DPS scientist was questioned about the switch, he lied and stated that he had not switched the vials.  When caught in his lie, the DPS scientist invoked his Fifth Amendment rights against self-incrimination.

Why is this an extremely scary scenario?  If you read the above paragraph again, you notice I said Texas Department of Public Safety crime lab.  Yes, that’s right, the police use their own “so called” scientists with their own “so called” lab protocol.  In other words, cops in lab coats.  These are the guys that do most the forensic work for the police in Texas.  And yes, that includes thousands upon thousands of blood tests in Texas driving while intoxicated cases.  If you listen to the testimony of these scientists in court you would be led to believe that their work is infallible.  Yet, experienced criminal defense DWI lawyers know that these labs simply do not follow the protocol of non-state run independent labs.  The thinking of the DPS labs is one of, “hey, it’s good enough.”  Is it?  Is a little bit of glass in your baby food good enough?  Most of the blood in the Montgomery, Walker, Madison, Grimes, and Leon County areas are sent to the Houston DPS Crime Lab.  A quick Google search will show you that year after year, thousands of DWIs are thrown out when the errors in this particular lab are discovered by criminal defense attorneys.  No other lab in the state has been plagued by more corruption.

Why is it important that this DPS scientist tell the truth about the mistakes that are made in their lab every day?  It’s important for the teacher that lost her job because of a DWI.  It’s important for the nurse that lost her license because of a DWI.  What about the mom that must blow into a device when she picks up her children?  Does the DPS scientist that lies under oath and secures a fraudulent conviction for the State think that it matters to these citizens?

Remember, in Texas there is no deferred adjudication for DWI.  You heard that correctly.  You can be a child molester in Texas and get a deferred adjudication probation and keep the charge off your record.  You cannot get a deferred in a driving while intoxicated charge.  Sounds silly doesn’t it?  Not to the Texas legislature.  To them, it’s all about money.  Citizens in Texas with DWI convictions pay thousands of dollars in surcharges in order the keep a valid Texas driver’s license for the three years after the conviction.  Does it matter to these people that the police scientists are lying to get convictions?  The bottom line is, if you have been charged with DWI and you feel you were not intoxicated then you need to hire an experienced criminal defense attorney now.