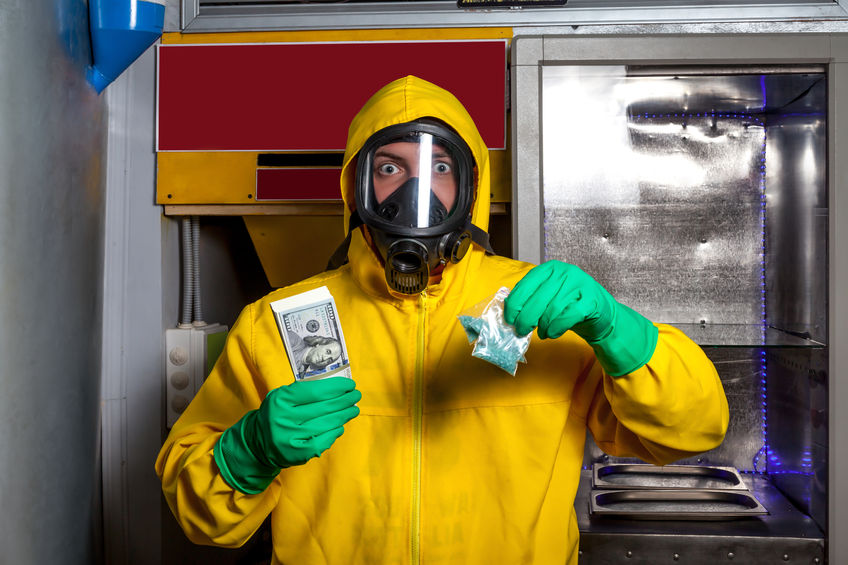 Citizens of Montgomery and Harris counties can sleep easier tonight now that a large shipment of high grade Feline Bam Bam has been taken off the street. The Kingpin was quoted as saying, “they thought they had the biggest bust in Harris County. This was the bust of the year for them.” Except that it wasn’t.

Twenty-four-year-old Ross Lebeau was charged with possession of almost half a pound of methamphetamine. On the evening of December 5, 2016, Lebeau was stopped for an unknown traffic offense. Harris County Sheriff’s Officers used the old standby technique of “smelling a strong odor of marijuana emitting from Lebeau’s vehicle,” in order to initiate a search. Lebeau was cooperative and admitted he had a small amount of marijuana in the console of his vehicle.

In the process of doing an inventory of the vehicle (a search), the officers recovered a crystal-like substance wrapped in a sock. Mr. Lebeau was questioned about the substance located in the sock and indicated that he had no clue as to what it could be.

Here’s the interesting part. The substance was allegedly tested twice by law enforcement and it came back positive for methamphetamine. Yep, the old Redneck Cocaine, Crystal, or San Jose Biker Crank. With the Houston version of Walter White behind bars, the Harris County District Attorney’s Office accepted and filed the charges of possession of a controlled substance of 200 grams of methamphetamine. This charge carries a sentence in Texas Department of Criminal Justice Institutional Division of five (5) years to ninety-nine (99) years and or life.

Lebeau had his mug shot and finger prints taken and was booked in to the Harris County Jail. Fun, right? Being that this was thought of as a high-profile case, the Harris County Sheriff’s Office gave out a press release that stated thankfully Lebeau’s arrest, “may have kept our children and loved ones free from being introduced to drugs.” Except it didn’t.

It turns out that the sock wasn’t full of drugs at all. It was full of cat litter. Apparently, Lebeau’s father had put a sock full of cat litter into his son’s vehicle and also the vehicle of his sister. Why? Well, dear old dad had good intentions. He was looking out for their safety of his kids, and it didn’t have to do with drugs. How’s that you ask? Cat litter is supposed to keep your windows from fogging up. Which as we all know is common here in the Houston area and can be dangerous. As it turns out, if you google it, pages of articles have been written by do-it-yourselfers that say that this little trick actually works. No, I haven’t tried it. Nor will I, as I’ll take foggy windows over being accused of being the Heisenberg of kitty litter.

Talk about being wrongly accused. Think of the embarrassment this caused. The jail time. The lost work opportunities. The bail money for a first-degree felony. Allegedly, the assistant district attorneys laughed at Lebeau’s defense attorney when he told them the meth was actually cat litter. And yes, although the case was dismissed last week when the lab results came back, Lebeau will have a first-degree felony drug possession arrest on his record until he pays an attorney to have it expunged which can be costly.

These aren’t isolated incidents. Law enforcement officials have quietly known for some time that the field tests give false positives. In Harris, Montgomery, Walker, Madison, and Leon Counties it can take over seven months for lab test results to come in. That’s a long time to be in the hot seat as a suspected drug dealer.