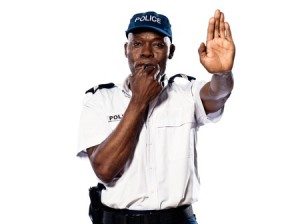 The Texas Court of Criminal Appeals delivered an opinion yesterday that reigns in police searches. Finally, the pendulum swings back toward freedom for Texans. The facts state a citizen was stopped and searched while leaving his hotel room with another person at night. The police officer based his search on the citizen being a known criminal, walking at 2 a.m., and in an area known for narcotics activity. In a maverick decision, the court held the search was illegal based on these facts alone. The conviction for possession of drugs (cocaine) was reversed.

Sounds like a happy ending doesn’t it? It’s not. The citizen had to serve his prison sentence even though the conviction was dropped later.

Searches are complicated. The law changes constantly. It’s imperative you hire an experienced criminal defense attorney that is up to date on the law. Stopped daily, innocent people plead guilty to crimes because of government bullying. We are a nation of jailers ruining people’s lives. Don’t let your life be ruined. Be proactive. If you have been arrested by the police in Madisonville, Huntsville, or Conroe, the person you choose to represent you matters. Call M. Neufeld Law today.